"The only race greater than the Jewish race is the Derby."
-- attributed to Sir E.V. E. Sassoon

Race, and racism, has never been absent from sports. Black jockeys, who won most of the early Kentucky Derbies, were forced out of the sport in the early 1900s by the pressure of Jim Crow zealots. Second-generation Americans, whether Irish, Italian, Jewish or East European, made their names in boxing, only to be supplanted by more recent immigrants and by African-Americans. John Carlos and Tommie Smith were ostracized and blacklisted for their Black Power salute from the podium at the 1968 Olympic games. And even today, Colin Kaepernick is blacklisted by NFL owners for taking a public stand against racism, and Orioles outfielder Adam Jones hears racial taunts when he jogs out to his position in Fenway Park. So racial awareness, and racism, are still alive and well in sports.

Sticking to the oft-given advice to write what you know, my own contribution to this discussion, which will occupy this blog over then next few months, is to chronicle the history of Jews in racing. While not all of us are as religiously observant as, say, Ahmed Zayat, who'll park an RV at the track on Friday so he doesn't violate the proscription against driving on the Sabbath, we all pretty much identify one way or another as Jewish. In my own case, it's the Karl Marx-Rosa Luxemburg-Emma Goldman-Upper West Side school of Judaism, but still, it's an identity.

So these next few posts will take a look at other Jews who've made an impact in horse racing. Owners, trainers, jockeys and gamblers. And, since he may indeed have actually uttered the quote at the top of the screen, what better place to start than with Sir Ellice Victor Elias ("Eve") Sassoon, 3rd Baronet of Bombay and four times winning owner in the (Epsom) Derby?

Yes it's the same family that gave us Vidal Sassoon's hairstyles and Sassoon jeans. The Sassoons were a well-established Jewish merchant family in Baghdad, perhaps having landed there after the expulsion of the Jews from Spain in 1492, or perhaps having more local roots. In the 19th century, Baghdad was part of the Ottoman Empire that was based in Constantinople, and several Sassoons served as financial advisers and treasurers to the resident Ottoman pasha in Baghdad. But the origin of their real money was the opium trade with China. The Sassoons, in fact, put together the first international drug cartel, and then invoked the armed might of Queen Victoria's Royal Navy to protect their interests (along, by then, with those of other British merchants), culminating in the Opium Wars in the mid-19th century, which resulted in the cession of Hong Kong to Britain and the opening up of Chinese ports, especially Shanghai, to western commerce. The World War I poet Siegfried Sassoon was also a family member, though he was disinherited when he had the chutzpah to marry a shiksa. Siegfried did, however, eventually produce "Memoirs of a Fox-Hunting Man," evidencing at least some familiarity with horses.

The Sassoons soon moved from Baghdad to the British Empire, establishing a commercial base in Bombay (as it then was) and earning a peerage from the British Crown. Young Ellice Victor Elias was born in 1881, while the family was traveling from England to India, attended Harrow and Cambridge, served in the Royal Flying Corps in World War I, suffering a leg injury that bothered him the rest of his life, and, on the death of his father in 1924, inherited the colonial peerage. 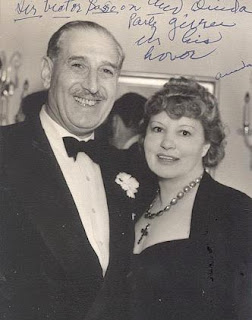 Once settled into his new status as a colonial aristocrat and member of the Indian Legislative Assembly -- even if, as a Jew, he still couldn't get in to the British clubs in India -- E.V.E. Sassoon did what all self-respecting British nobility did, he bought a stud farm and started raising race horses. In Sassoon's case, it was the Bungalow Stud near Newmarket in England, which he promptly renamed as the Eve Stud (today, it's a rest and rehabilitation facility for Sheikh Mohammed's Darley operation).

Sassoon's Derby wins wouldn't come until later. Meanwhile, he moved to Shanghai, becoming the most important foreign real estate mogul in the city, at one point owning some 1,800 different properties. The move was reportedly caused by Sassoon's annoyance that, even in India, he was still subject to British taxation. In Shanghai and Hong Kong, by contrast, he was beyond the reach of the Inland Revenue. From then on, he had to ration the number of days that he spent in England, so as not to become liable to the hated tax man. As a side benefit, the British clubs in Hong Kong and Shanghai          were (marginally) more cosmopolitan than their analogs in India; they admitted Jews, if not Asians. 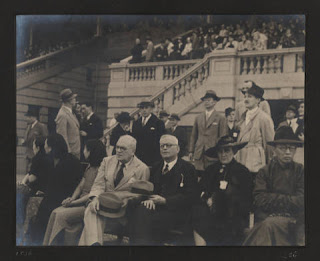 Shanghai became something of a refuge in the 1930s for European and Russian Jews fleeing Hitler. Sassoon reportedly was heavily involved in the rescue efforts, sometimes in the face of opposition from others in the Jewish and British expatriate community in Shanghai, who thought everything would be fine under Japanese occupation, because, don't you know, the Japanese are so much more civilized than those dreadful Germans. And Sassoon's active social life continued, with lavish parties and an ever-changing cast of girlfriends, both white and Asian, though, as at least one reported, the old war wound caused some difficulties when it came to the physical.

While Sassoon, and his property holdings, survived World War II, they didn't survive the victory of the Chinese Communist Party in 1949. Seeing the handwriting on the wall, Sassoon had sold off most of his Shanghai property in the mid-1940s and moved to Nassau, Bahamas, where he lived until his death in 1961.

Sassoon married late in life -- to his nurse -- and had no children. The racing stable died with him, with the property eventually ending up in the hands of Sheikh Mohammed. He was survived, or rather honored, by horses named for him in Australia, New Zealand and the U.S., the last a gray gelding by Promised Land (in turn by Palestinian), bred by Claiborne Farm in 1970 who went on to race 84 times, with record of 5-13-10 and earnings of $110,152. Sassoon the critter was perhaps less successful than the man for whom he was named, but, judging from that race record, a good deal more hard working. 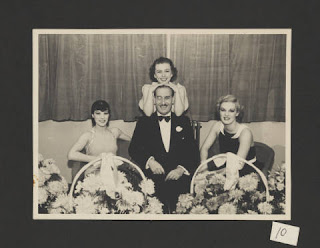 Posted by Steve Zorn at 5:37 PM No comments: